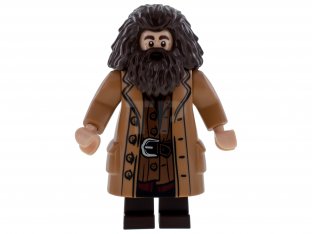 Rubeus Hagrid™ is half-giant, and the one responsible for introducing Harry Potter™ to the wizarding world. A loyal friend to Harry and very fond of magical creatures, Hagrid isn’t too good at keeping secrets…

Available in the following LEGO® sets:

Customer reviews for this product

Write a product review for this article

There are no customer reviews available at this moment.

The imaginative world of Harry Potter is ideal for beautiful and large LEGO® sets. The Collection Bus, Hogwarts Express, Clock Tower and Astronomy Tower are therefore beautiful models, with which you can relive the adventures of Harry, Ron and Hermione.

With every purchase you receive ToyPro credits with which you can save for a nice discount for your next order. We offer fast delivery and if something does not go quite right during your order, our customer service will solve it for you quickly.

The first Harry Potter Lego sets appeared in 2001 along with the release of the first movie, Harry Potter and the Philosopher's Stone. During the sequels, LEGO® also released new Harry Potter building sets simultaneously.

After the last film in 2007, it was quiet for several years until LEGO® released a new series of Harry Potter sets in 2010. This series consisted almost entirely of new versions of the previously released sets, also known as remakes. In the following years, LEGO® released even more remakes of existing sets, as well as new sets and collectible minifigures. 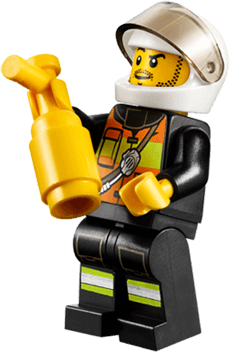